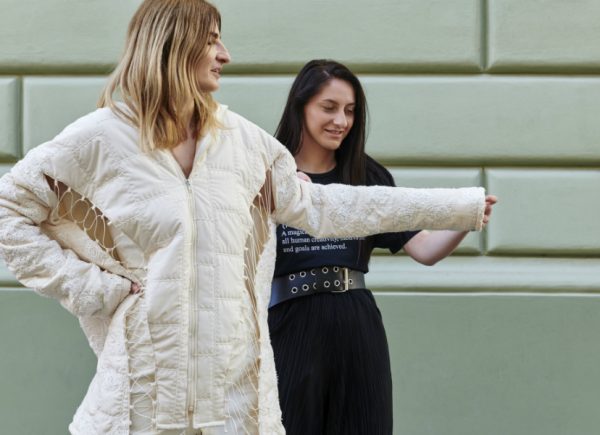 Overload with white. Meet Culture of Excess collection and the designer Mirela Cioară

Follow Ionuț Piscureanu collection for… memories from the future

The mystic life of a perfume: interview with Filippo Sorcinelli

Believe or not, this “Saul Leiter. David Lynch. Helmut Newton: Nudes” is actually the first exhibition solely dedicated to nude photography at Helmut Newton Fundation. Yep, even Helmut Newton has so many undressed pictures in his work and the museum had so many exhibitions… this one, starting at the beginning of December, it’s a first.

David Lynch – a mysterious atmosphere, a cinematic approach, a subtle sense of sexual danger and a twisted perspective of a human body – that we will see in black & white pictures of David Lynch. In his abstract images, details often fill the frame; only upon closer examination can we associate them with the human body and compare them to our own in our mind’s eye.

This show is preceded by a book, published under the title “Nudes” by Fondation Cartier in Paris in 2017.

Saul Leiter – he is known for his beautiful fashion photography for Harper’s Bazaar and for the colourful abstractions he captured on the streets of New York from the late 1940s. But he also took a lot of nudes in the studio, kept secret until now. At Helmut Newton Foundation we can see, for the first time more than 200 vintage and late prints. The images are subtle, sensitive, almost shy approaches to the female body and spirit.

In 2018, a book on Leiter’s nudes, “In My Room”, was published by Steidl Books, and Howard Greenberg Gallery in New York exhibited a new selection of his nudes.

Helmut Newton – this new show brings together around 80 iconic nudes from well-known exhibitions and projects, as well as some 40 images from the foundation archive that have not yet been exhibited, including numerous original Polaroids. Helmut Newton began photographing nudes in the 1970s, both independently and incorporated into his fashion photography, and worked in this genre until the end of his life in 2004. His series “Naked and Dressed”, which marks the transition from fashion to nudes in his work, and his “Big Nudes” made him world-famous and inspired countless photographers and other visual artists to imitate or re-interpret them.