The exhibition “Guy Bourdin. Image Maker / Helmut Newton. A Gun for Hire / Angelo Marino. Another Story” will be on view from December 1st, 2017 through May 13h, 2018.

The exhibition will be opened at Helmut Newton Foundation – http://www.helmutnewton.com. 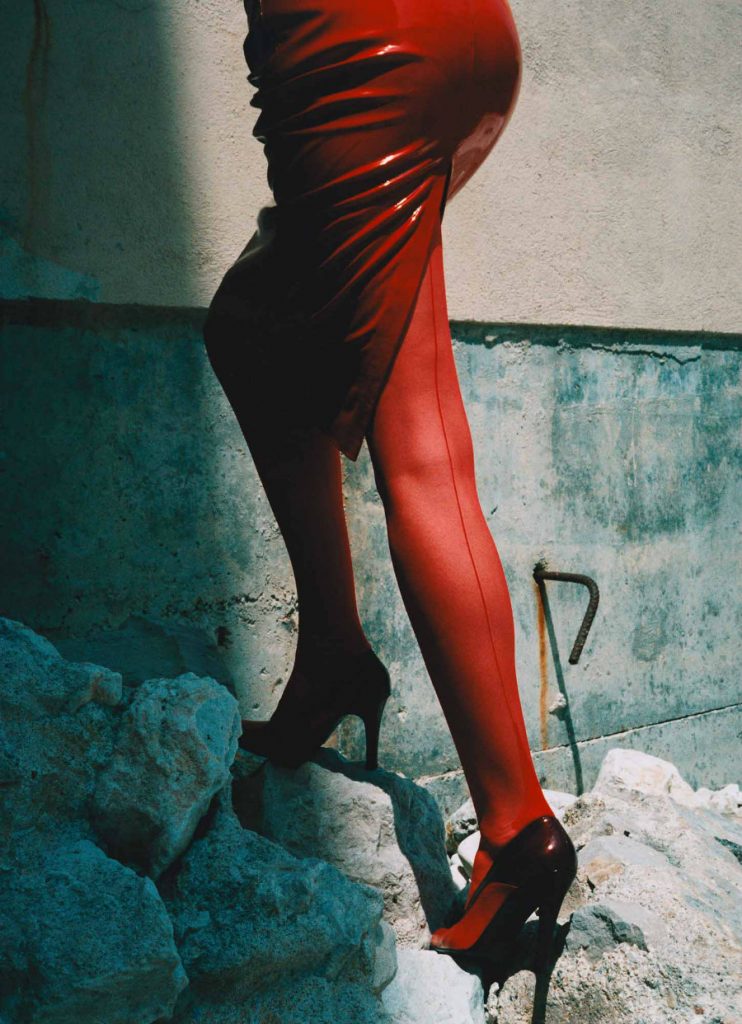 Why Bourdin & Helmut Newton in the same room?

Both were the star photographers of Vogue Paris and produced some of the most iconic images of that era working for the top international fashion houses. They approached the shootings with an avantgarde point of view and sharp humour. They both broke aesthetic conventions achieving a sense of timeless glamour in their editorials and advertising.

What we are going to see?

Newton called himself in self-irony “A Gun for Hire,” a term then used for the title of the exhibition of his commissioned work shown posthumously in 2005 in Monaco and Berlin and later in Budapest. A selection of this project will now be shown again at the Helmut Newton Foundation – we can see commissions for fashion designers from the 1990s that were first published in their own fashion books, and later often shown by the photographer as part of his own oeuvre.

Under the title “Another Story”, the work of Helmut Newton’s former assistant Angelo Marino, we can see an eclectic view of his environment, which he photographed on the way from Cannes to Monte Carlo. The snapshot-like images, taken with his iPhone, capture fellow travelers, the sea, or views of architec-ture and the landscape rushing past the window of the train.