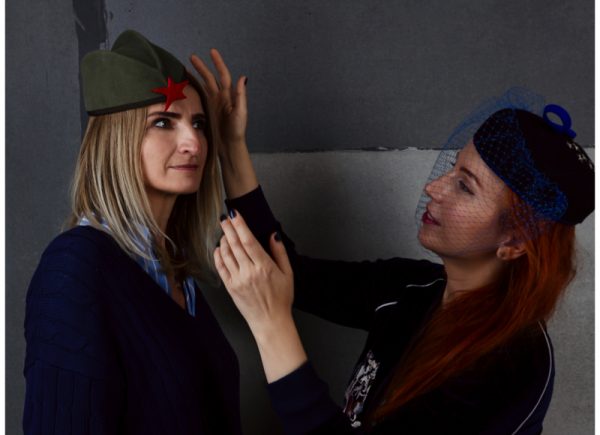 If Barcelona is the cool city of Spain, I could say then Madrid is the glam & chic one. When I visited Madrid for the first time, a few years ago, I found it quite cold and impersonal. But then I’ve learned that Madrid is best visiting in the spring, when all the blooming trees and the splendid architecture of the town team up with the beautiful art exhibition and the best churros con chocolate to make me spend an amazing weekend in the Spanish city.

The Calle Gran Via, the early-20th-century street in central Madrid looks very… imperial. Do not miss a picture of Edificio Metrópolis: inaugurated in 1911, the building is situated on the corner of the famous Gran Via, overlooking the busy tourists. The second point of every trip should be the Plaza Mayor, even it can be quite overwhelming during the day. Try to go at the very first hour in the morning, to look quietly of the 237 balconies that face out overlooking it. The square dates from 1619 and it has been the site of many historical events, now a place for concerts and events.

What I loved the most in the exquisite architecture of the city? The Teatro Real, Catedral de La Almudena (with a mix of different architectures), Palacio de Cibeles, the streets of Old City near the Palacio Real (check out paintings by Goya and Velázquez, frescoes by Mengs and even the world’s only complete Stradivarius string quintet). 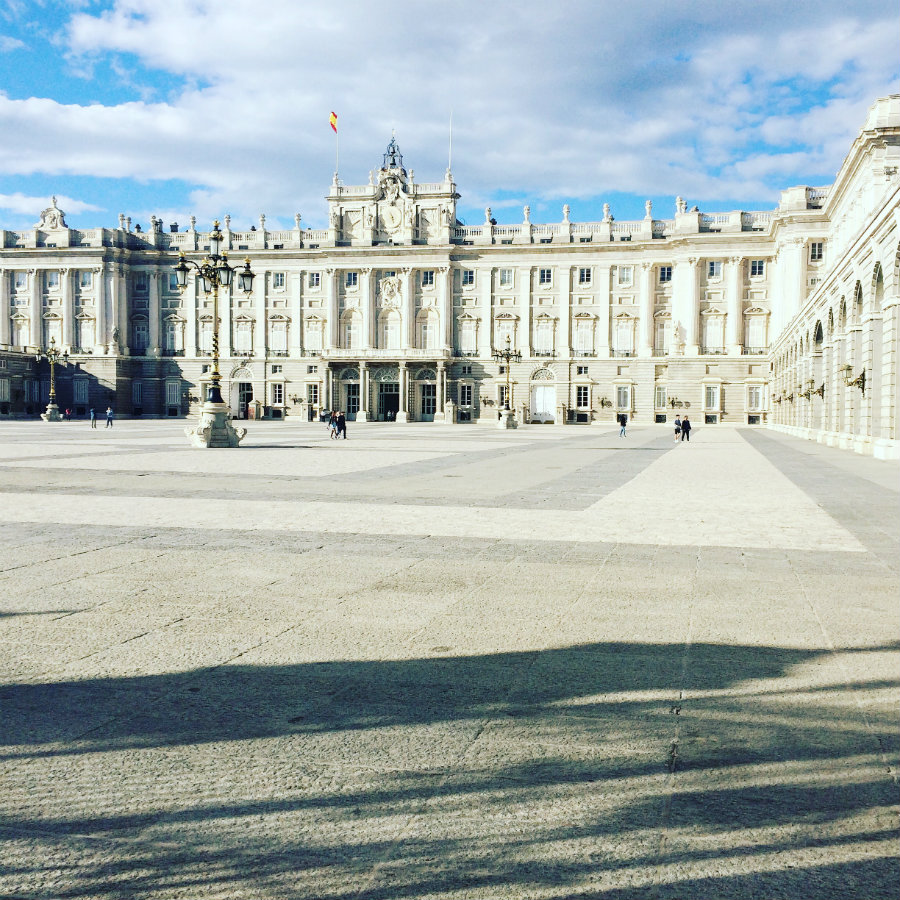 And, my favourite of all, Palacio de Cristal.

The best view over the city: on the rooftop of hotel The Principal Madrid (pictured below), c/Marqués de Valdeiglesias 1 (www.designhotels.com).

At the first sight, nobody would believe that Madrid has some hidden places with cool & hip art street corners. And here they are. There are not Wynwood Walls, but still… First, I have discovered the Justicia zone (near Gran Via) where, between hip cafes, I saw some good graffiti. Some very good ones!

Then I heard about an amazing street art project developed in Madrid: Muros Tabacalera (http://www.murostabacalera.com) and some of the best pieces of work appeared.

The Tabacalera – a former tobacco factory — in the Lavapies neighborhood of Madrid is now a cultural Mecca hosting over two dozen exterior murals. 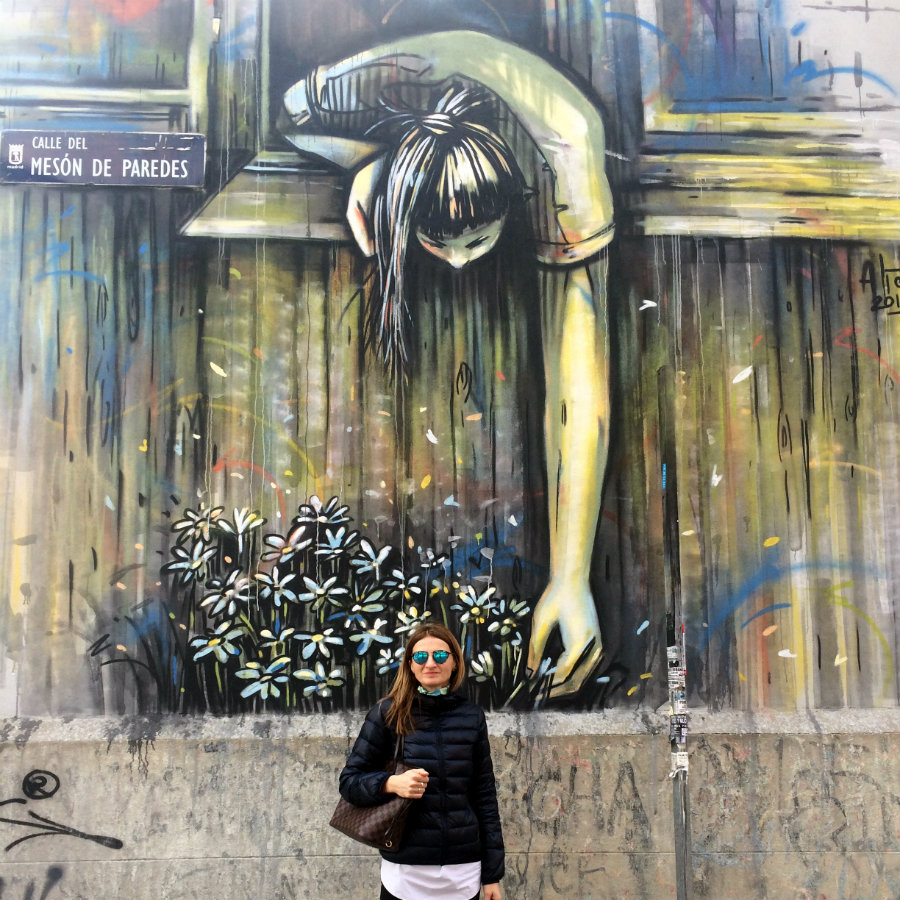 3. The art and museums: from Velázquez to José Luis Mazarío

Check out for Museo del Prado, the Centro de Arte Reina Sofía, and the Museo Thyssen-Born`emisza, to name a few world-famous museums —are adorned with masterpieces by Picasso, Goya, Dalí, Miró, and Velázquez. And, of course, my favourite, so far, for contemporary art, Matadero, http://www.mataderomadrid.org.

But don’t miss the independent art galleries: there are a few in Madrid, exhibiting famous artists as Miró, but also young promising Spanish artists. One of the best is Max Estrella, promoting young artist, but Blanca Soto or Galería Estampa are worth paying a visit.

The relaxed attitude, with everyone eating late and staying out until the early hours, is mirrored in the effortless way madrileños do designer chic. But, on the other hand, I didn’t see any more buzz and more people with big shopping bags as in Madrid in a Saturday afternoon. Gran Via is a good choice for shopping main street labels, but Salamanca is a glamorous place to do Madrid shopping. It’s like Madrid’s answer to Bond street, and is nicknamed “the golden mile”. The streets you should look for are: Serrano, Velázquez, Castelló, Goya, Jorge Juan and Lagasca.

The best choice for furniture and deco: Bakelita (http://www.bakelita.com/wp/sp). And try El Rasto street for its beautiful antiques shops (French decorative arts and furniture at Isabel Martínez, and 20th-century objects at El Transformista).

5. The food: tapas, churros and seafood

When it comes to Spain, I cannot think of anything else but churros con chocolate. The best ones in town: at Chocolatería San Ginés.

But the best way to enjoy Spanish food in Madrid is to enter into a market. Or a mercado, as they say. Therefore, anything you want to taste, from cheese&ham tapas, patatas bravas, sea food, beer or sweets, here is the place. Or the places, because Madrid has a lot of huge food courts: Mercado de Antón Martín, Mercado de San Miguel (near Plaza Mayor), Mercado de San Antón (Calle de Augusto Figueroa 24B). And the Holy Graal of gourmet people: Platea, the stunning new development harbouring a fancy “food court” on a grand scale, holding up to 1,200 diners in a restored 1950s cinema, by the Plaza de Colón. The restaurant on the Circle level is by Ramón Freixa, already the holder of two Michelin stars. There is further input from Peru, Japan, Andalucía and Galicia, and a tearoom run by posh pâtisserie Mamá Framboise (http://plateamadrid.com/en/).