Because Paris is always a good idea… The Fall/Winter 2016/2017 collections were beautiful and the high boots and oversized coats may be the only reasons for me to embrace the cold weather. A couple of my favourites were…

Chanel: it was hard for everyone to predict the next move of Karl Lagerfeld, especially when we are talking about the setup. After an iceberg, a casino, an airport or a Zen garden, what could be imagined? Well, this time Lagerfeld sent his models in a white setup, with no bling-bling added. The tweed, the deux-pièces, the bow, the hats, the white and black combo, all the iconic signs of Chanel pieces were back on to the catwalk. Plus a pile of pearls chains, all over the tops and dresses.

Louis Vuitton: It was one of the best shows of the season, an artistic adventure set up by Nicolas Ghesquière in an underwater world (made in collaboration with the French artist Justin Morin under the Foundation Louis Vuitton). I loved the cropped leather pants and the accessories!

Ellerey: The details. The ruffles all over, on the pants and shirts, oversized shoulders and the idea of a corset brought to the daylight.

Hermès: Subtle colours, soft materials and discreet luxury seen in the quality of garments and fabrics. At a first sight, I might think of simplicity, but for sure there is nothing simple or common in a Shetland wool dress or suede pieces or silver-stud embroidery. 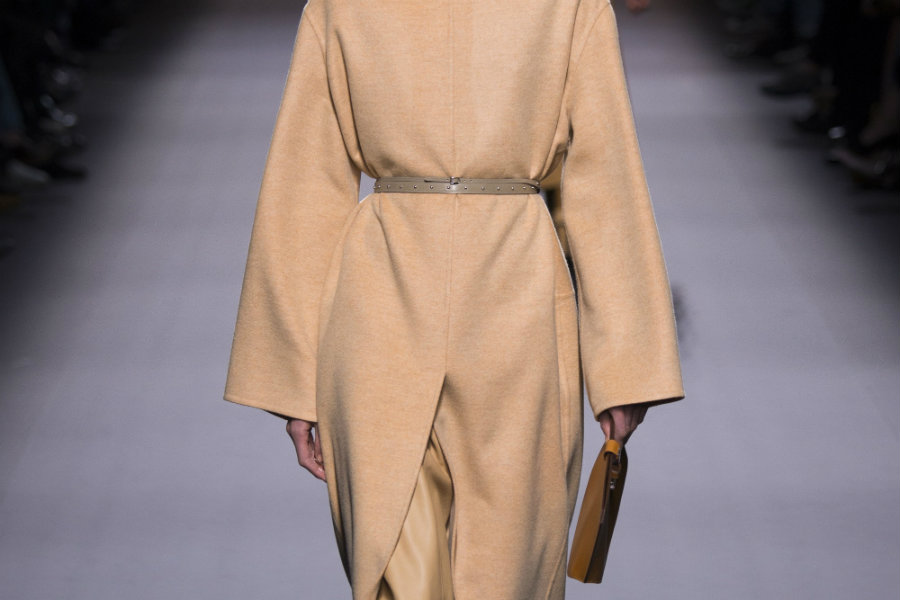 Valentin Yudashkin: He got me at the first look and first look of Oxford shoes paired with an astrakhan-like minidress. But I would lust for months of those luxurious long coats, textured all over in hand-cut silk and embellished with patterned brocades.

Balmain: With a lot of celebrities in the fron row, Balmain show was one of the highlights of Paris fashion Week this March. Olivier Rousteing chose a head-to-toe colour – in monochrome neutrals (icy grey, blue, beige, pink) for his over knee boots, for the all-string dresses, for satin bubble jackets, slim pants and corset-like tops. A little bit too much Kardashian style, but fun all the way.

Vetements: Everybody wanted to know more about the creative Demma Gvasalia (who took over the leadership of Balenciaga brand). Therefore, all eyes were focused on Gvasalia own brand, Vetements. A young collection, printed dresses, tight high boots, very very short skirts, collage jackets and hoodies, a little bit of a grunge spirit.

Haider Ackermann: One of my favourite for years, the designer returned to velvet and sparkle in autumn red, copper, deep green. Key pieces included a quilted bed jacket in dusty rose, a fluid unstructured trench in that emerald green, and crinkly red velvet pants with the hip-hugging shape of jeans.

Christian Dior: After Raf Simmons left the Parisian house, there were all kind of rumours about his successor. But until now, nothing certain appeared. Therefore, the show in Paris for Fall/Winter 2016/2017 collection followed the classic lines of the house.  There was a lot of black suiting, with slit, high-waisted pencil skirts and softer jackets worn as a young girl might, with pointy silver and black low Mary Janes.