He had an #ArmyOfLovers and some #Amazons. He instituted an #BalmainReign in a #BalmainWorld. I don’t need to be intrigued that, finally, the BALMAINATION took over the world. I just wonder why took him so long…

I crossed over his name four years ago, when, like everybody else, I was trying to find out who is the designer taking over one of the most prestigious fashion houses in France, Balmain. Young (very young) Olivier Rousteing was, at that time, a relatively unknown name. And some of the oldest lovers of the brand were, a little bit, worried.
A year and a half ago I have noticed the frenzy posts on the Instagram of his “Army of Lovers” and unusual exposure (compared with his more discreet predecesor, Christophe Decarnin), along with his endless selfies with Rihanna, Beyoncè, Rosie Huntington Whiteley, the entire Kardashian clan, J.Lo, Justin Bieber and I couldn’t count how many Victoria’s Secret models. Not to mention his selfies at the gym, into the bed and a magazine’s cover with Olivier fully naked. He’s bold, he’s super creative, he’s responsible for the recent big incomes of Balmain brand, he’s sexy and one of the most watch people in the history of fashion brands (1,4 millions of followers on Instagram) and he gave us, now, some more thing to dream about: the new H&M pieces signed Balmain. “I love Instagram because my followers can be part of the Balmain life. Now, with this H&M collaboration (from 5th of November in stores all over the world), they will get the chance to finally wear the pieces for themselves”, said Rousteing in an interview for Business of Fashion.

Olivier Rousteing started his career at Roberto Cavalli, in Italy, then he worked at Balmain, under Christophe Decarnin, until he made his appearance as the ruler of house of Balmain, in 2011. “Balmain is all about attitude, not only clothes. If you’re really strong and audacious and fearless, just come to Balmain”, Olivier Rousteing said. And he was fearless (even if at the beginning were enough snob comments on his age and color of the skin) and he perfectly understood the needs and the models of his generation. With Rihanna in one of his commercials, with Kim Kardashian and Kanye West in another, with an army of models (Gigi Hadid, Jourdan Dunn, Kendall Jenner), Instagram pictures capturing a daily glimpse of the Balmain lifestyle, with glitzy shots backstage at catwalk shows, pictures of parties on Dubai beaches with impossibly beautiful, sometimes famous, friends, plus a new approach of a traditional name in fashion history, Olivier Rousteing did the impossible. (www.balmain.com, www.hm.com) 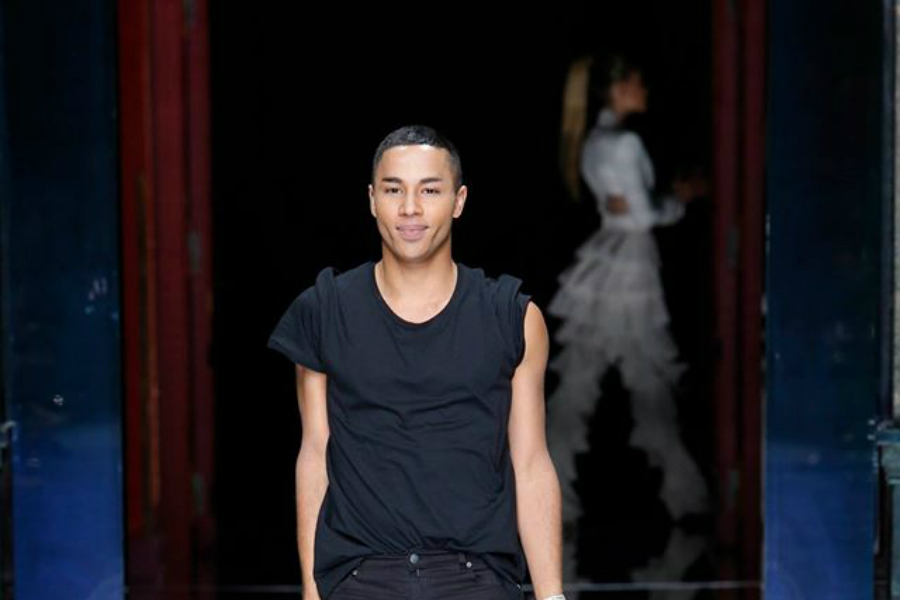