Ceramic shape of Romania: a story about a new RONATIV project

6 exhibition I dream to see… this year, maybe?

I woke them too early in the morning. And that was a perfectly good reason to put on their own brand new sunglasses. But hey, I am just kidding, because any day is a good day to wear a cool watch and a different pair for sunglasses, especially if they have the mark “Made in Romania”. Over a cup of coffee I talked to Bogdan Costea and Andrei Morariu, the founders of Optimef, about their plan to reinvent (or to rebirth, as they say) the Romanian cool, about their new model of sunglasses and about their project for a Optimef automatic watch.

Optimef watches and sunglasses could be found… on www.optimef.com and in stores in Bucharest (Molecule-F Concept Store Promenada, www.molecule-f.com, Beans&Dots), Iasi (Pop Mon Art), and very soon in cities across Europe and Australia.

Why did you choose to reinvent a vintage brand?

When we were researching what happened to the once productive Romanian watch making industry, we found out that it shut down altogether after the fall of communism. That’s how we decided to rebuild the Optimef brand as a reminder that cool things were created in Romania even before we knew what cool meant. Of course there’s a responsibility when you decide to ‘touch’ something old instead of just creating something new, it is a much more complex process than just being inspired by the original design. That’s why we don’t look at it as a remake, a ‘revival’, but a ‘rebirth’. The relaunch of Optimef represents our attempt to pay homage to the once productive Romanian watch making industry.

Why is FaraZece (ten minutes to…?)

Fărăzece is the first OPTIMEF model. Both its design and name are inspired by the way we Romanians read time. Fărăzece means ‘ten minutes to’, and it is reference to how we say five minutes to / ten minutes to / fifteen minutes to a certain hour, in other words, a natural way in which we relate to the passing of time. This detail triggered the idea of shifting from the conventional display to a new and original distribution of the markers on the dial. Instead of having conventional numerals, Fărăzece marks 12 o’clock with a zero, and then counts past the hour in five minute increments. After reaching the half past mark, it begins to count backwards to the next hour.

The moodboard for Optimef watches will always look like this…

The most interesting fact we should know about Optimef brand is…

Optimef was originally launched during the 1979 Communist Congress as the very first Romanian watch. It was a digital watch and Ceaușescu didn’t like it so he ordered to have different ones made, thus the quartz Cromef and later the better known Orex took the place of Optimef. This made the brand even more interesting to us. We still think that if you take the old Optimef out of its dusted box it is just as relevant as it was on the day it left the Mecanică Fină factory.

If your watches could re-write a classic story, that would be…

The story in The Royal Tenenbaums by Wes Anderson.

The watches have a vintage story to start with. What’s the story of the sunglasses?

Optimef is a retro inspired brand, a fusion between past and present. We want Optimef pieces to inspire not only aesthetically, but also through the story they tell. With this in mind we created our first sunglasses Unibrow, inspired by the graphics of Memphis Group movement of the 80’s. Unibrow has a retro-inspired look, but the asymmetric composition of geometric metal insertions gives it a contemporary vibe.  The sculptural panto shape of the sunglasses are in a perfect balance of functionality and extravagance.

What is the biggest challenge for a local brand (in the era of smartwatches and luxury Swiss brands)?

To create relevant and original designs that have the power to tell a story beyond form and function.

How is the work as a creative duo? Who’s the boss? 🙂

We are our own bosses and we are really tough ones. This is not our first project together. In the past we worked on different cultural and creative projects and we found out that one’s creative rationalism and the other’s enthusiasm and optimism made things possible in the best way.

We are currently working on a series of collaborations with brands that are not all in the fashion industry. Also we have in plan to launch new products or variations of the ones already launched. All we can say is that we want to bring in more colours. 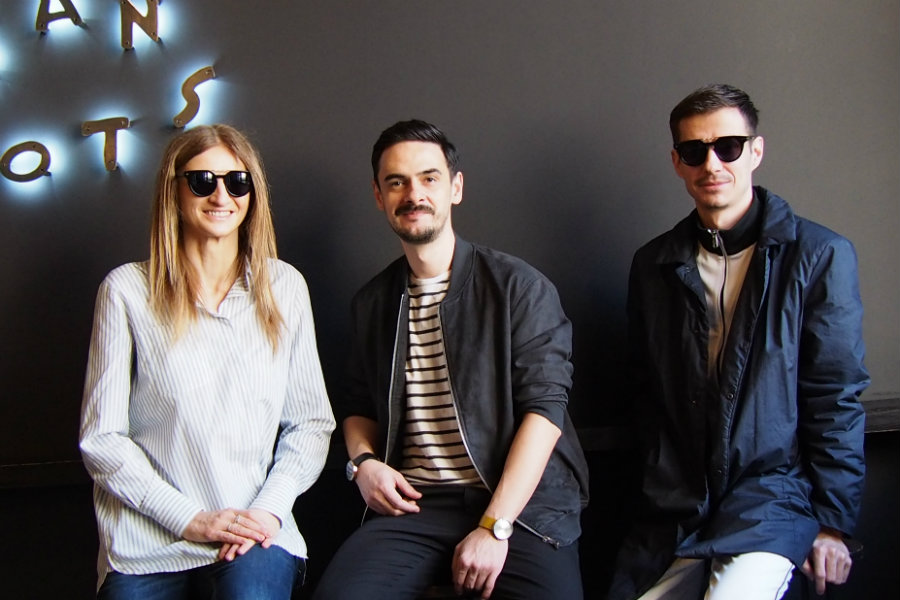 Changing the game: interview with the designer Diana Flore