5 questions that everybody asked me about Egypt 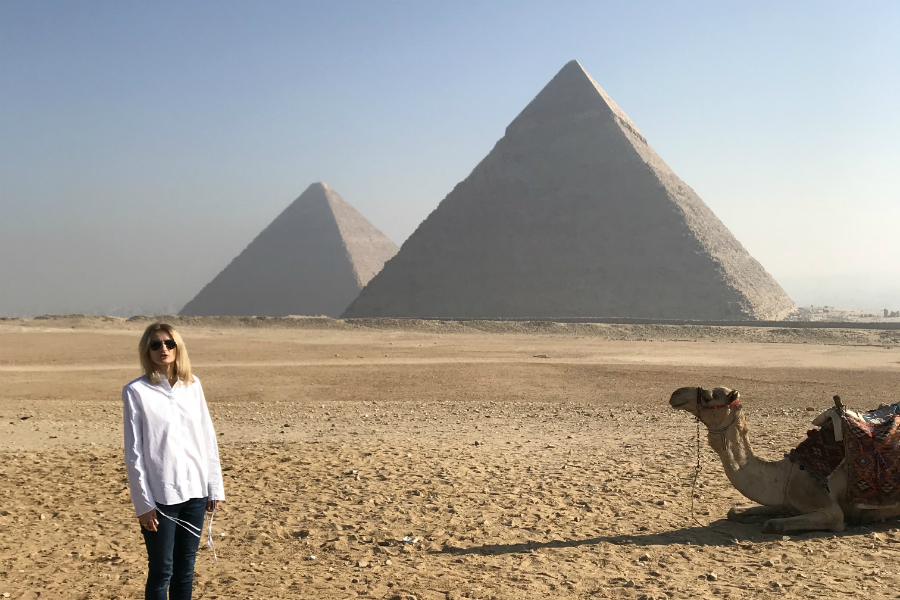 I have always been was fascinated by Egypt. Pyramids and hieroglyphs, a whole mysterious civilisation… I am fascinated even more now, after I saw the pyramids and The Sphinx. What everybody kept asking me when I came back from Egypt?

How are the Pyramids?

Beautiful. Awesome. Amazing. A sunrise near by is something that I didn’t experience anywhere else in the world. It’s just magic. On Giza Plateau, on the outskirts of Cairo, Egypt, my morning included a camel ride among the Pyramids, a descend in the mother of Cheops tomb, a moment of silence in front of the Great Sphinx, many, many thoughts about other civilisations outside Mother Earth and… an urge to come back soon. No, I didn’t eat at that Pizza Hut overlooking the Sphinx. 🙂 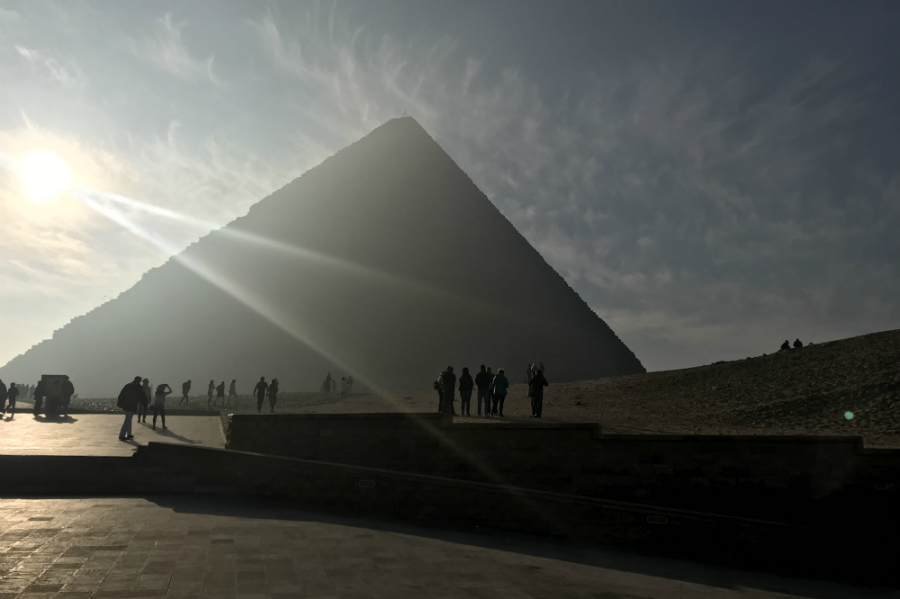 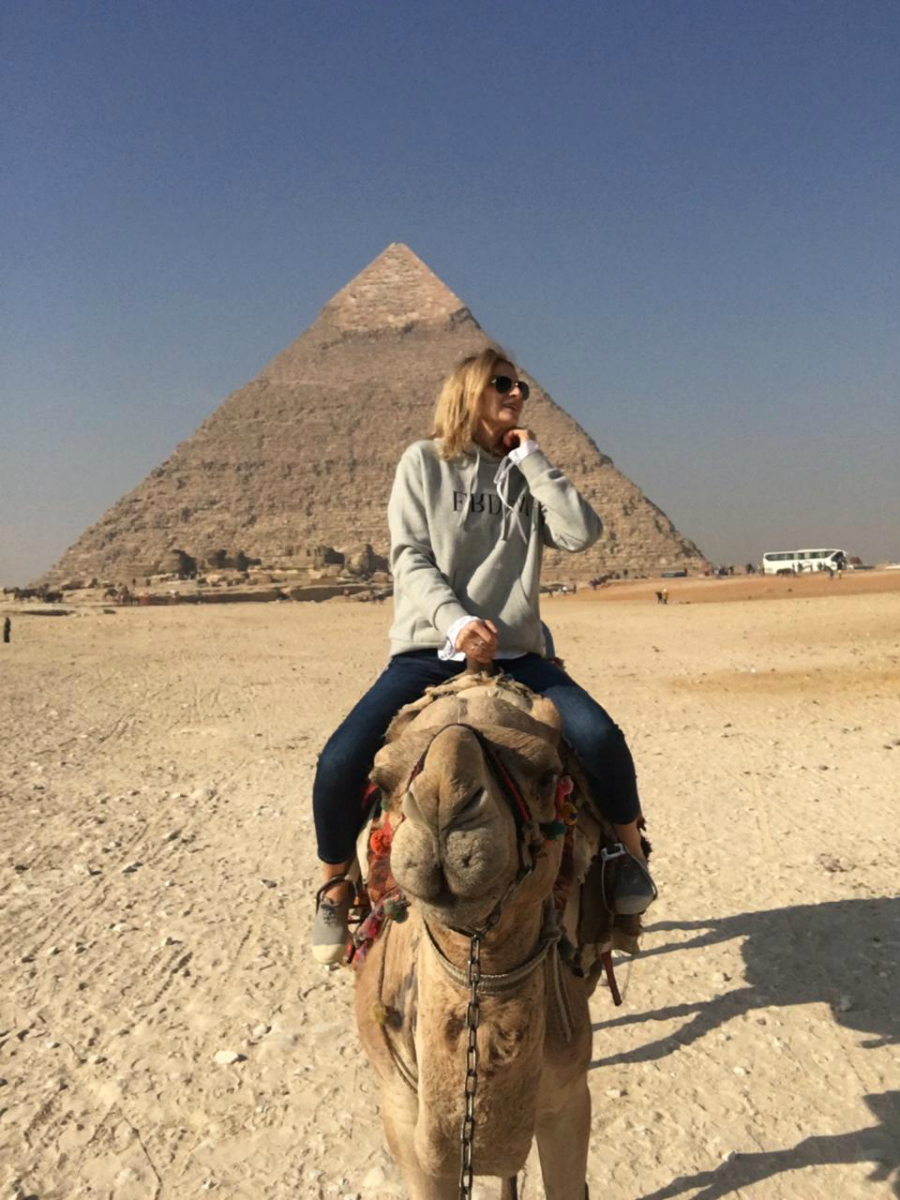 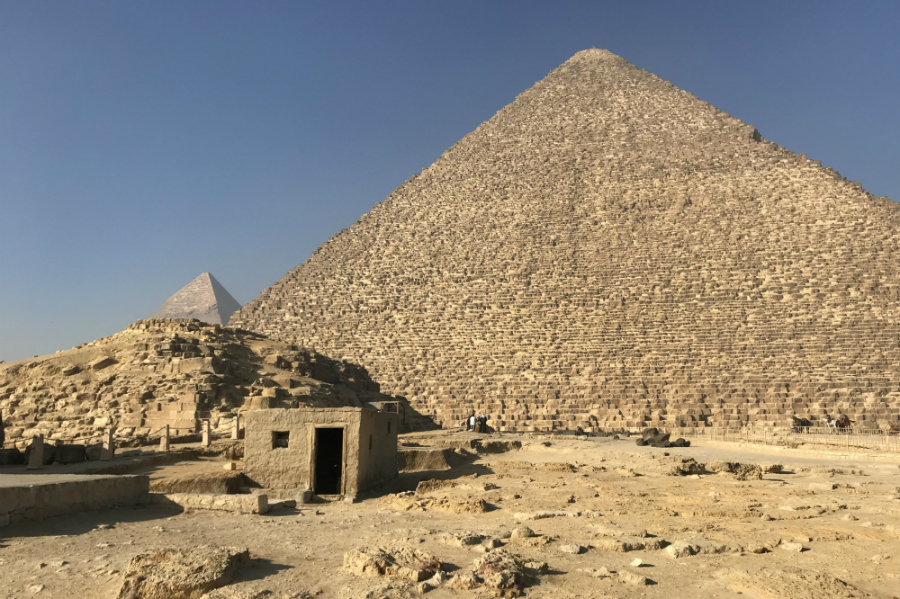 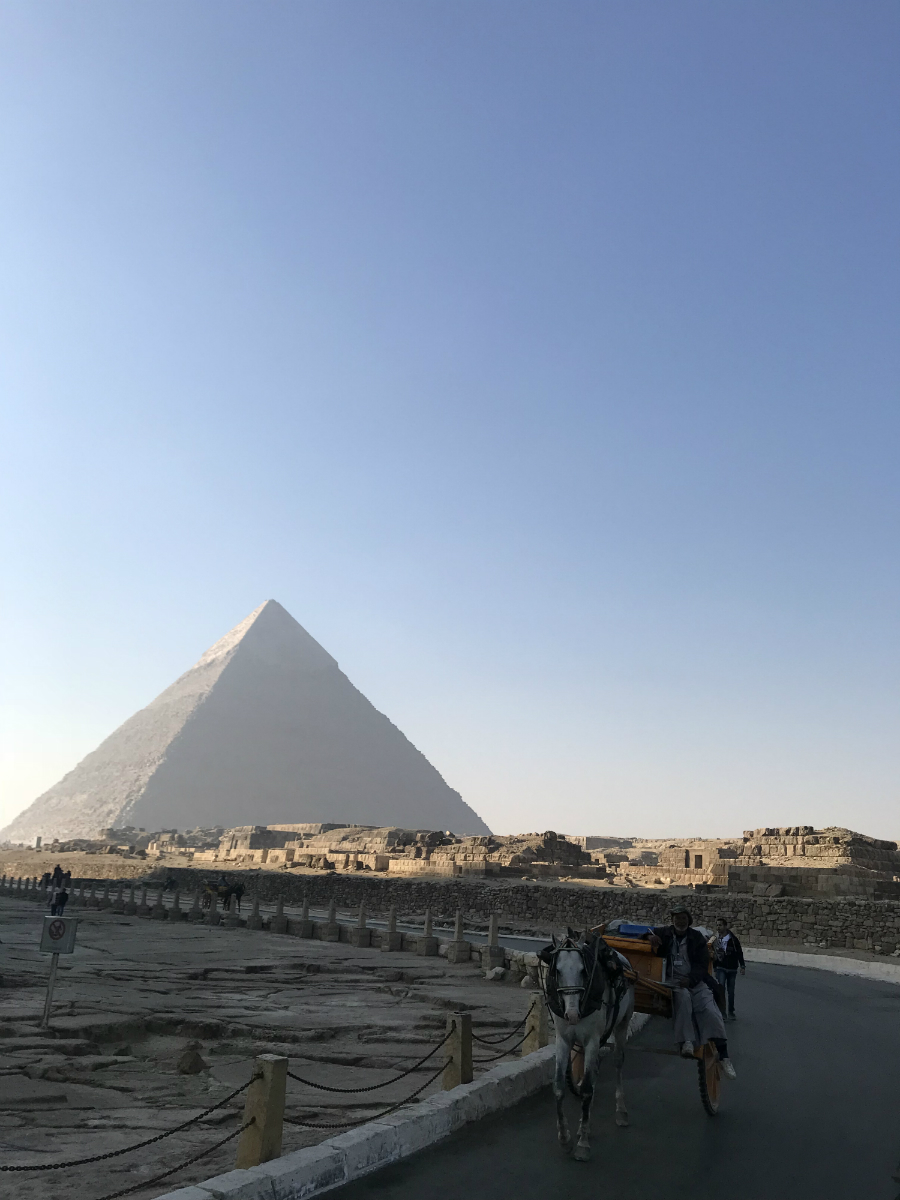 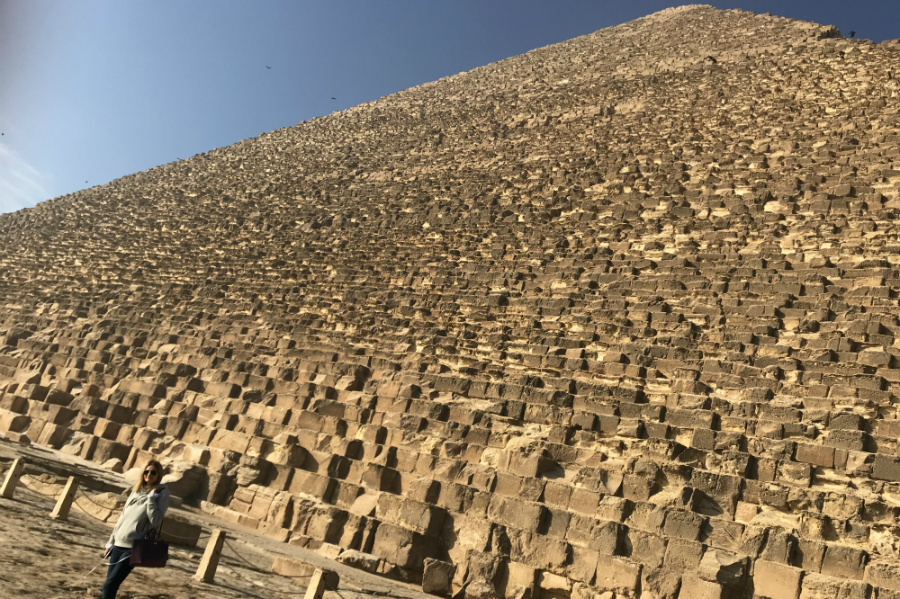 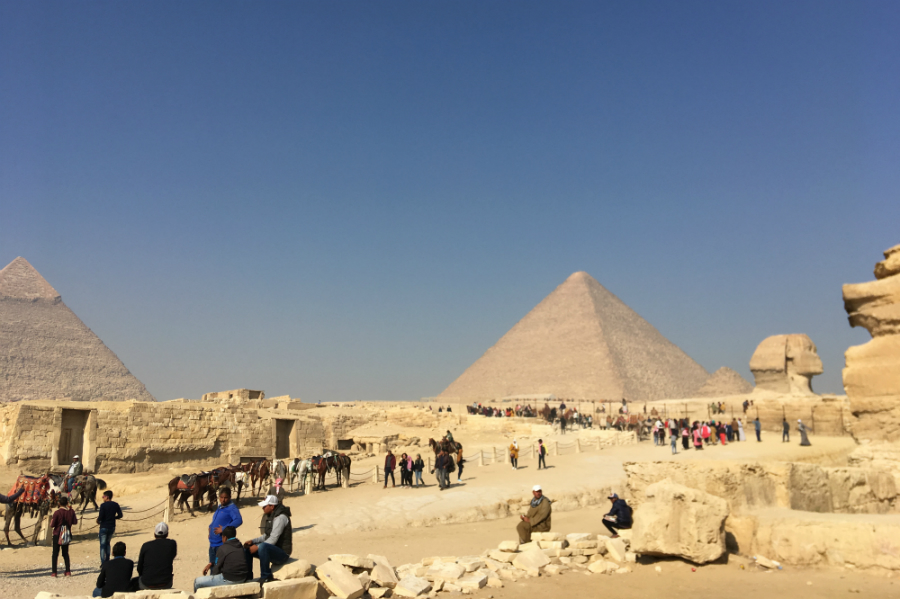 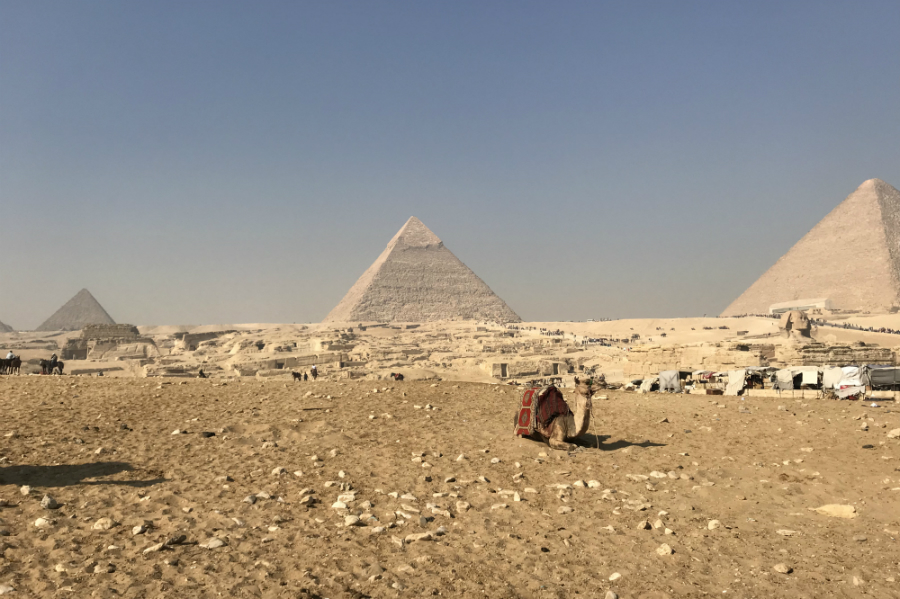 How are the mummies?

Pretty dusty. 🙂 But super interesting as a history lesson that I still feel we didn’t get well. I have always thought how great was the civilisation of the Nile, how evolved their culture was – imagine a cryptic alphabet, the hieroglyphs, that combined logographic, syllabic and alphabetic elements, with a total of some 1,000 distinct characters (invented in 32 century BC and understood only in 1820…).

The mummies are good, though. Tutankhamun as well. But they are too many for the old Egyptian Museum (also known as the Museum of Cairo), therefore there are racks with hundreds of mummies aligned in some old cabinets, surrounded by antique art items, pharaonic masks and so many other archeological discoveries.

Fortunately, the collection of Pharaonic antiquities is about to be moved into a new museum, the billion-dollar Grand Egyptian Museum, announced to be opened at the beginning of 2019 and expected to be the largest archaeological museum in the world. 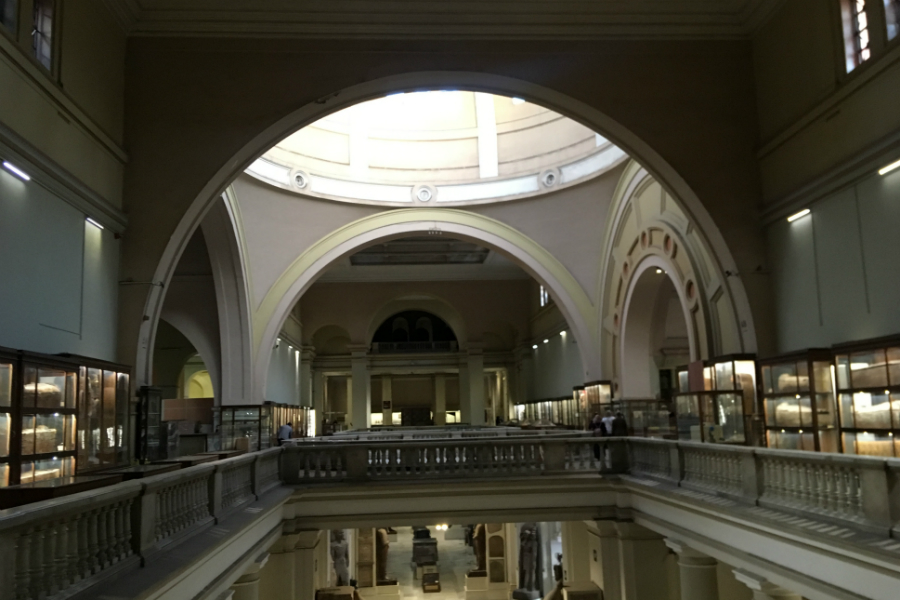 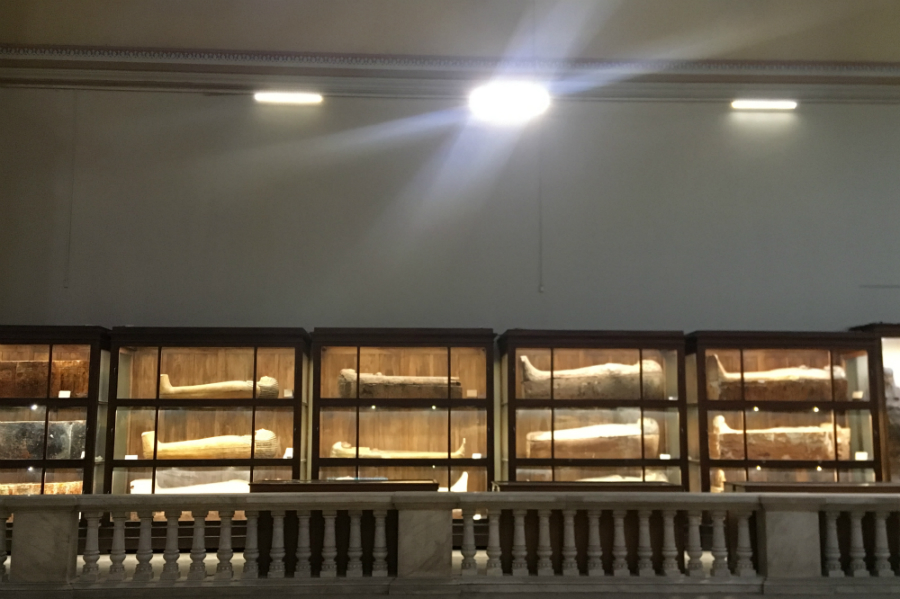 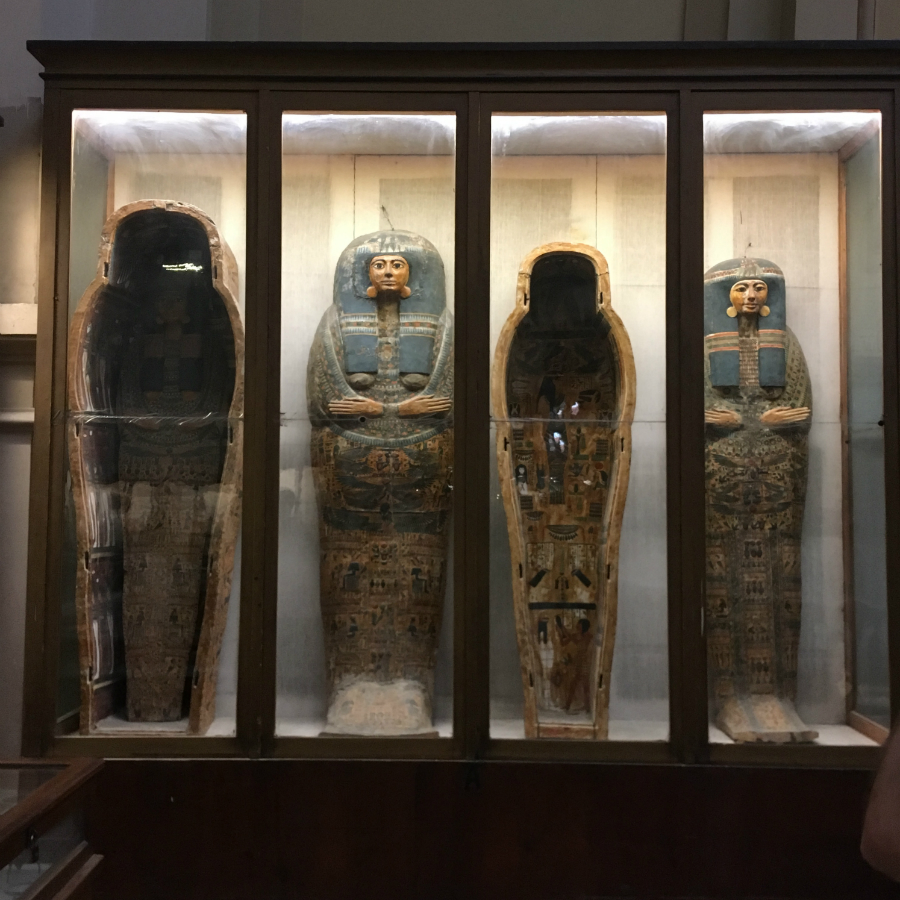 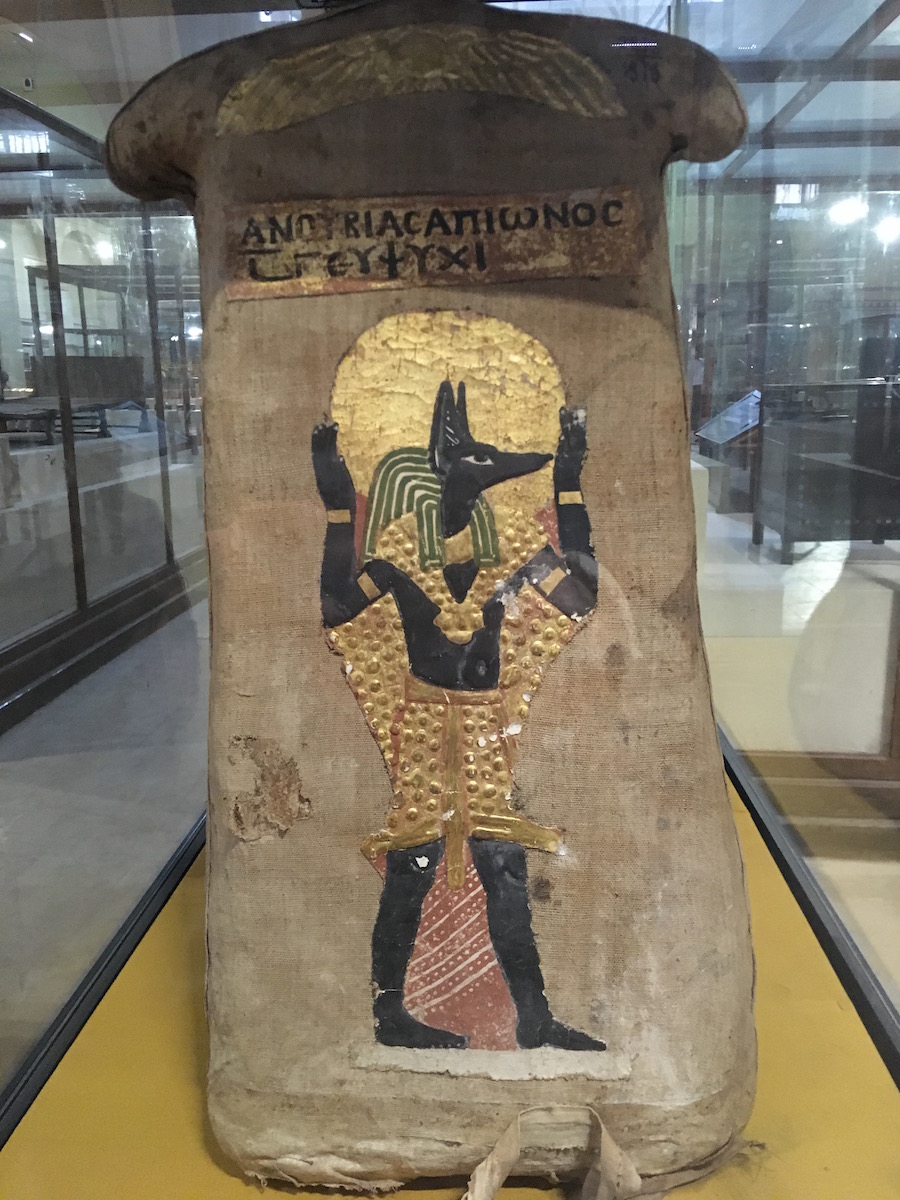 Facts: the entrance fee is around 10 euros / person. And the doors are closing at 5.00 pm (not that anybody would want to go there overnight, I tell you!) 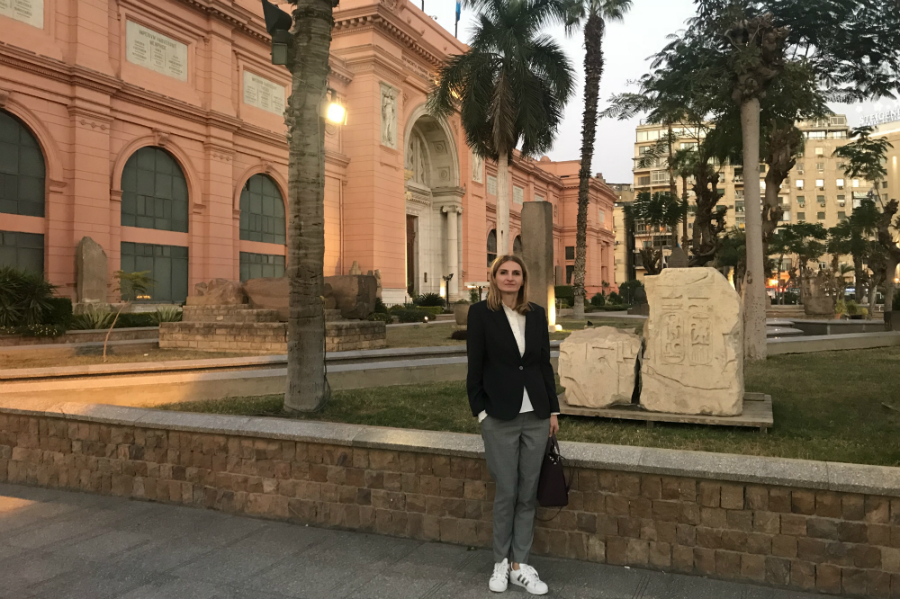 Very busy. No wonder, they are like more than 20 millions people in that city. The traffic is hectic, nobody flash any signal when crossing the lanes, but somehow it’s working. A little bit of honking there, a brake here… I was only in the car crossing the Cairo, it is all I could say. It seemed very busy, beautiful by the Nile (all the lights, all the stories of the legendary river), with some old streets and crashed houses, but also with new and shinny apartment residences (worthing over 200.000 dollars). 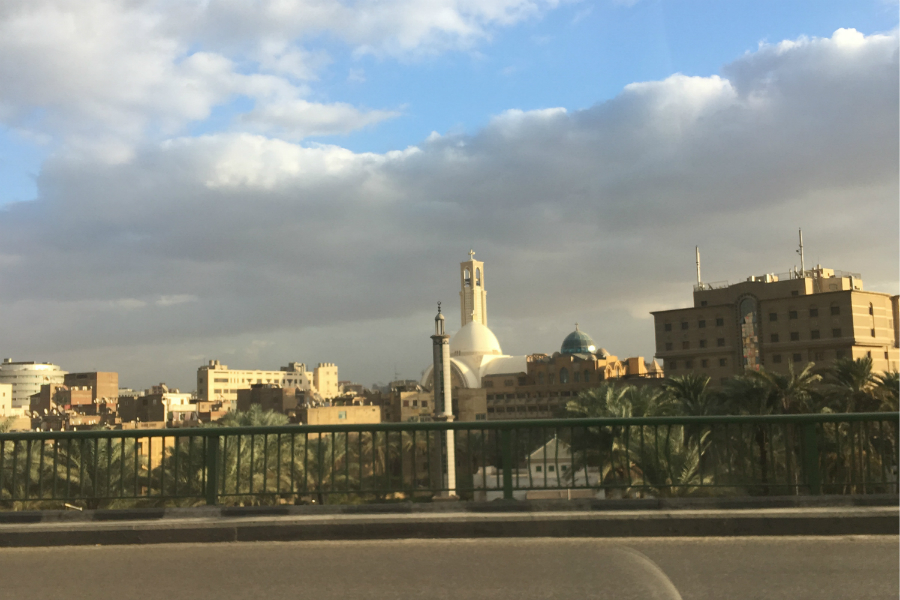 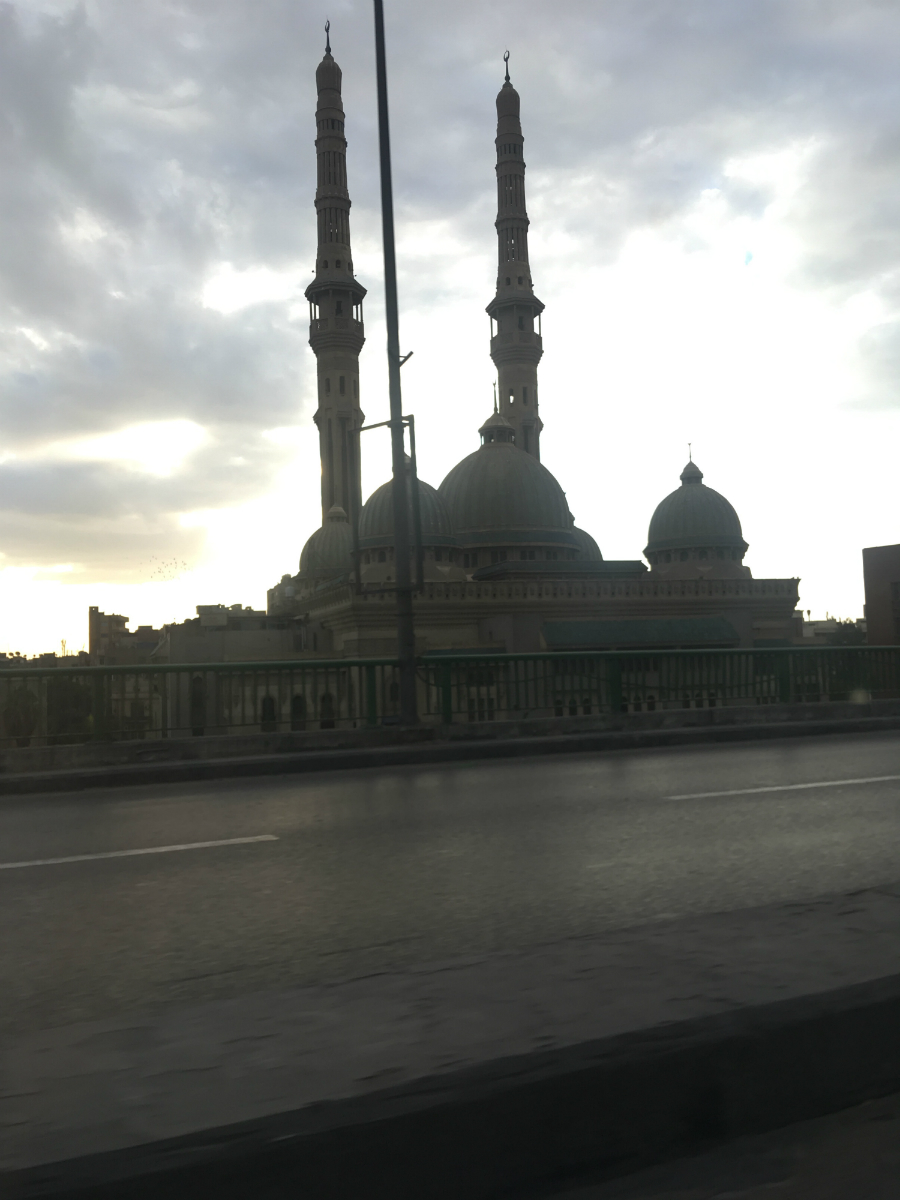 Facts: for staying here you could choose a remote hotel (like Kempinski – sauna and the pool are the perfect advantages) or one close to the city centre (Nile Ritz Carlton, in the proximity to Tahrir Square, just steps away from Egyptian Museum). 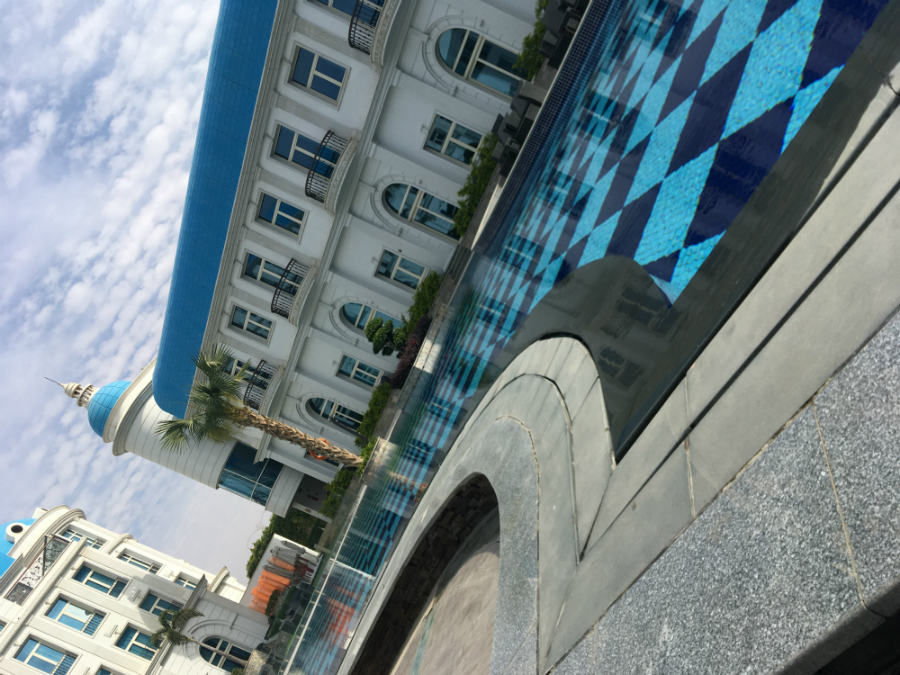 How do you travel there?

Uber is fine, even though I think that the map on the app isn’t always accurate (an you might wait a little bit longer that you expect) and the fees are just OK. The transfer service from Sixt is OK, as well, even pretty expensive.

It is safe there?

Well, unfortunately, as the latest event just demonstrated, Egypt is not so safe as I thought. Even the security is pretty high (in the airport and in the hotels there are a lot of security filters), I don’t think I would go there by myself, wandering the streets in the night. If you are blonde and young (as my friend was) you might get some people taking unasked selfies with you, or marriage proposals everywhere.

Would I come back? Oh, yes! Let’s pray that the terrorist attack won’t happen anymore and the oldest civilisation in the world will be, as well, the safest one. 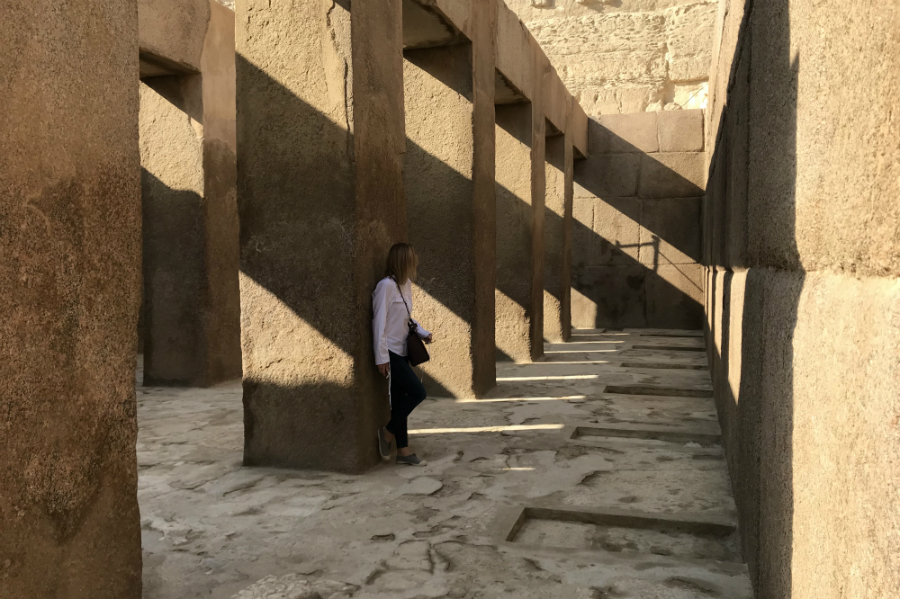 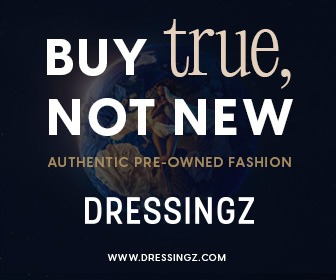 6 fashion exhibitions to put in your winter agenda

16 things to do on a Côte d’Azur trip

7 exhibitions to see this fall

Back to School: interview with the designer of Za Scoolarz brand

Why do we love Olivier Rousteing?