It wasn’t even my birthday. But I felt like I received a late but super uber cool present. I am not kiddn’: could you imagine anything cooler for a 007 James Bond series fan then a visit right in the middle of the action scene? Anything more exciting then a dive into a digital archive of the Bond legacy? All in the spectacular scene of Austrian Alps? Only Daniel Craig himself could have done the things been better than that. Well, this summer I saw the 007 ELEMENTS cinematic installation, in Sölden, Tyrol, the place where the spectacular snow scene from “Spectre”, the 24th film of the series, were filmed. 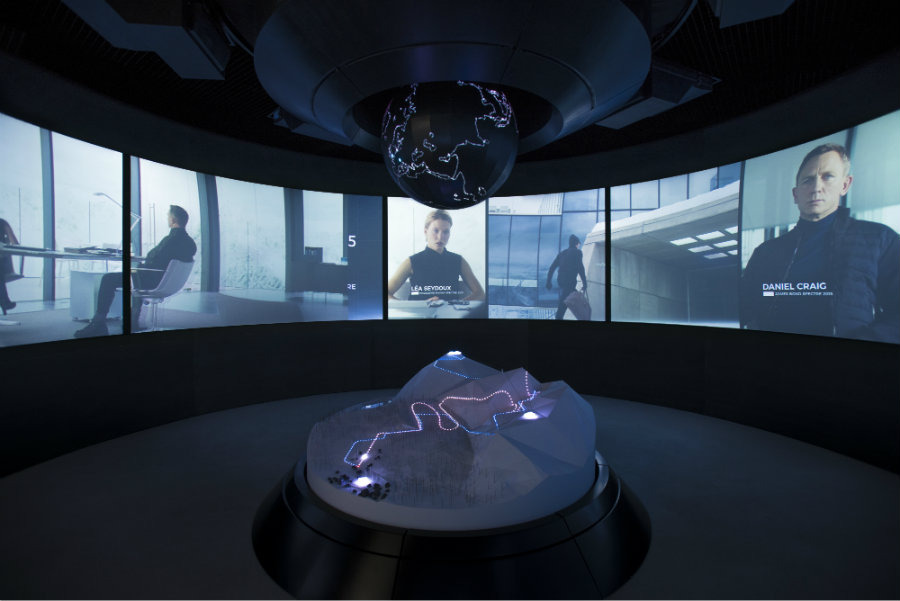 The James Bond 007 ELEMENTS, on short…

The collaboration between the project’s Creative Director Neal Callow (Art Director on Casino Royale, Quantum of Solace, Skyfall and Spectre) and Optimist Inc. Head of Design Tino Schaedler and his team has resulted in an immersive, interactive, and educational experience that places visitors inside the world of 007 while revealing how that world is made.

007 ELEMENTS is a partnership between EON Productions and Metro-Goldwyn-Mayer (MGM) who jointly own the rights to the James Bond films, and Cable Car Companies Sölden.