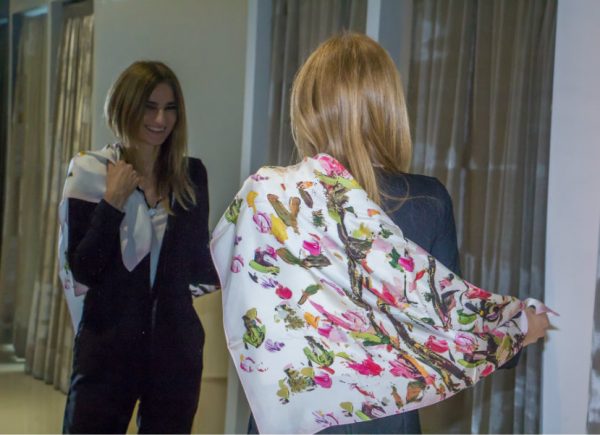 Walking paintings - interview with the creator of Adria Arte scarves

Porcelain garden: interview with the designer of Atelierul de Portelan

Music in a bottle: interview with the creator of the perfume Feather Supreme

Throughout the exhibition, paintings, sculptures and decorative objets d’art illustrate the couturier’s tastes and sources of inspiration.

At its 70th anniversary, the house of Dior puts on display, in this exhibitions, designs of all the talented designers that made Dior looks unforgettable: Christian Dior, Yves Saint Laurent, Marc Bohan, Gianfranco Ferré, John Galliano, Raf Simmons and, most recently, Maria Grazia Chiuri. Alongside the dresses is the most wide-ranging display to date of atelier photographs, illustrations, sketches, letters and notes.

Some of dresses have been worn by famous customers who have helped to build the success of the House of Dior, including Princess Grace of Monaco, Princess Diana, Charlize Theron and Jennifer Lawrence.

The exhibition opens with the story of Christian Dior’s life: his childhood in Granville, the roaring twenties when he discovered the avant-garde art world and the pleasures of Parisian entertainment, his training as a fashion illustrator and his entry into the haute couture world.

A leading figure in the world of 20th-century fashion once he launched his New Look spring/summer collection in 1947, Christian Dior took the feminine shape in a totally new direction, relegating the masculine silhouette of the war years to the past. Christian Dior relaunched the textile industry with his insistence on the use of great swaths of fabric, a controversial move after the years of shortage under the Occupation. He succeeded in breathing new life into the couture tradition, giving a central role to embroiderers and craftspeople making costume jewellery and accessories.